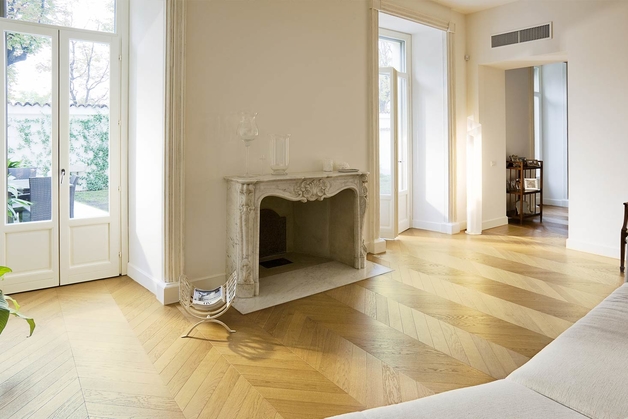 The geometric zig-zag pattern known as chevron has been around for a remarkably long time. In fact, the classic chevrons used by savvy decorators in the 21st century can be found on ancient Grecian pottery pieces that date as far back as 1800 B.C. Chevrons were the delight of the designers of European heraldry that emblazoned shields and banners in days of yore.

The chevron parquet was introduced during the 16th century and the pattern was used on the Francois Gallery at the Chateau de Fontainebleau which was reported to have been installed in 1539. The trend for Chevron parquet was introduced to England in the 17th century by Queen Henrietta Marie who wanted her official residence redesigned, adding a French touch to her English court.

Like herringbone, chevron was initially made of solid blocks to be nailed down or even glued with bitumen. Over the years engineered chevron was introduced, providing a very stable product that can also be installed over underfloor heating.

Prices for the chevron flooring starts from £60.

Here are some examples of popular Chevron flooring 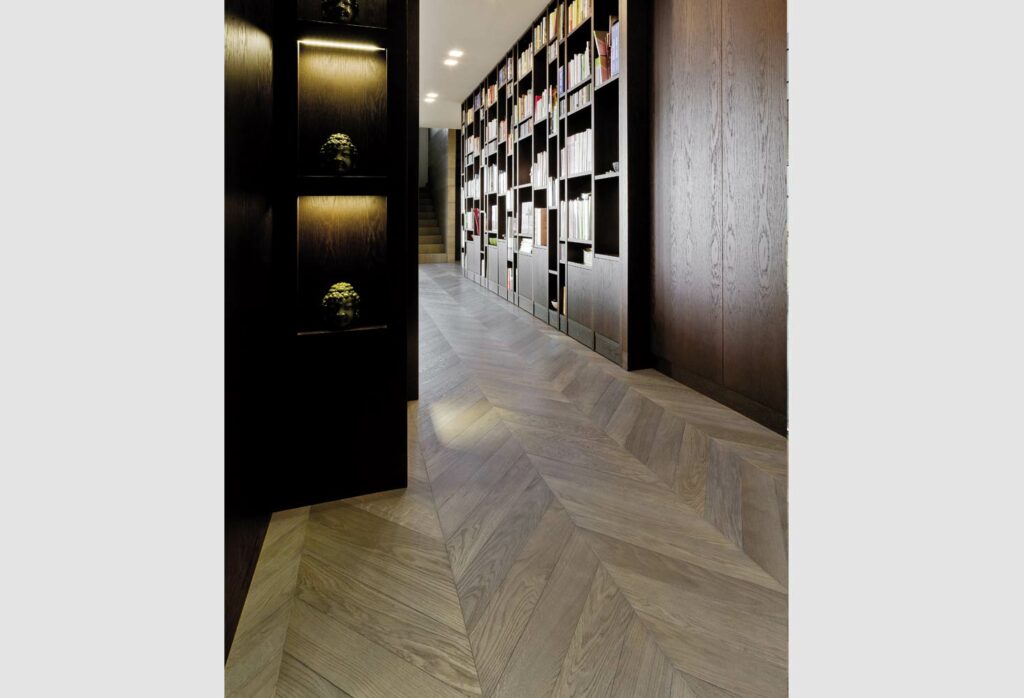 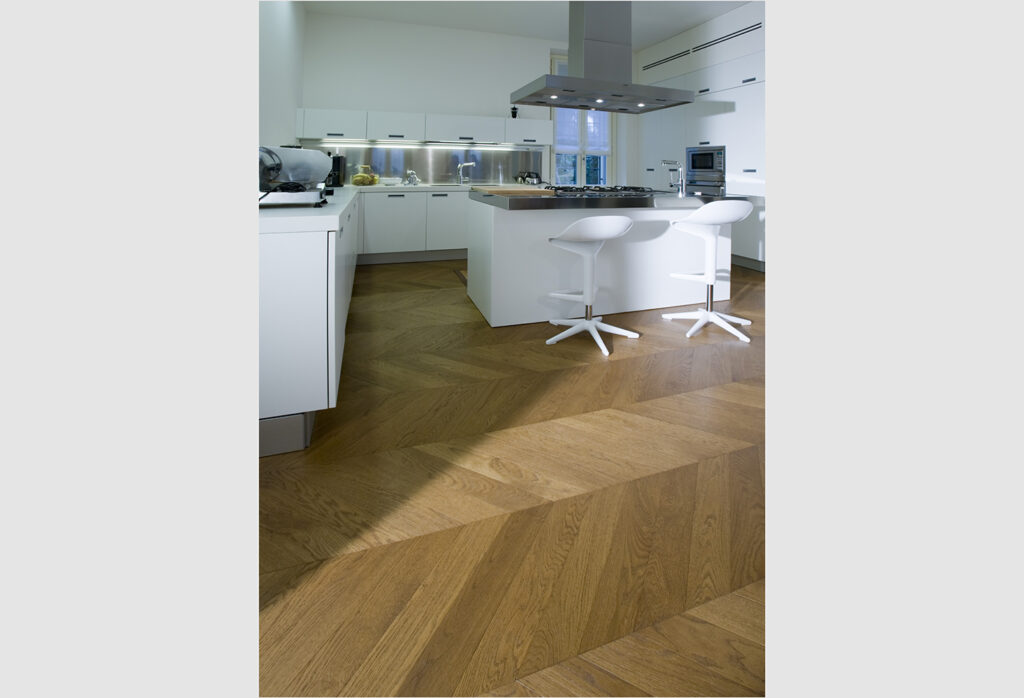 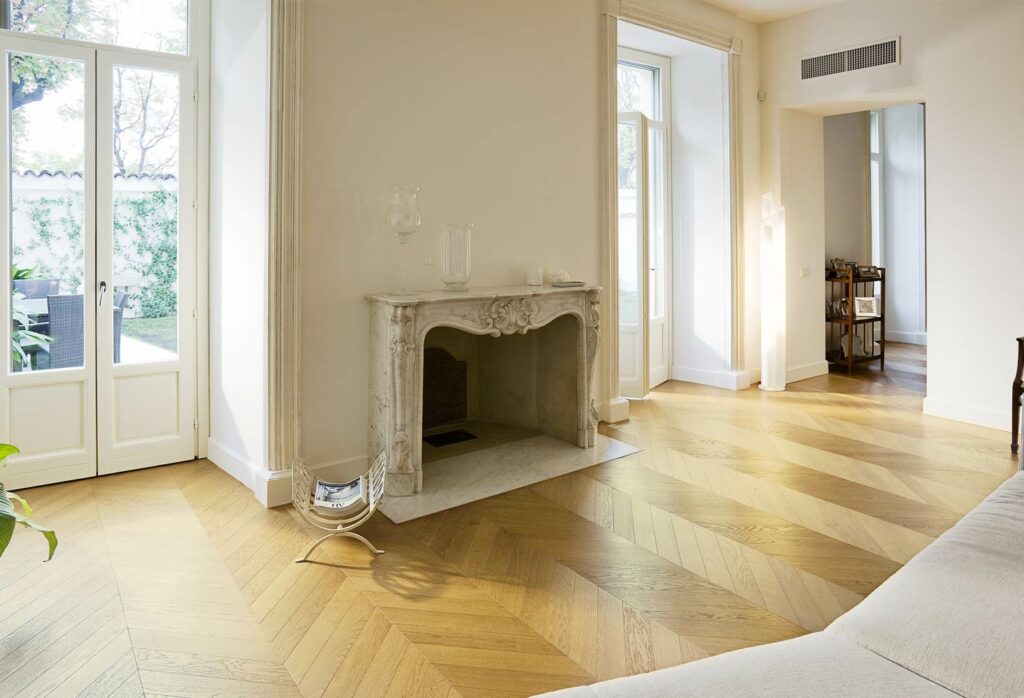 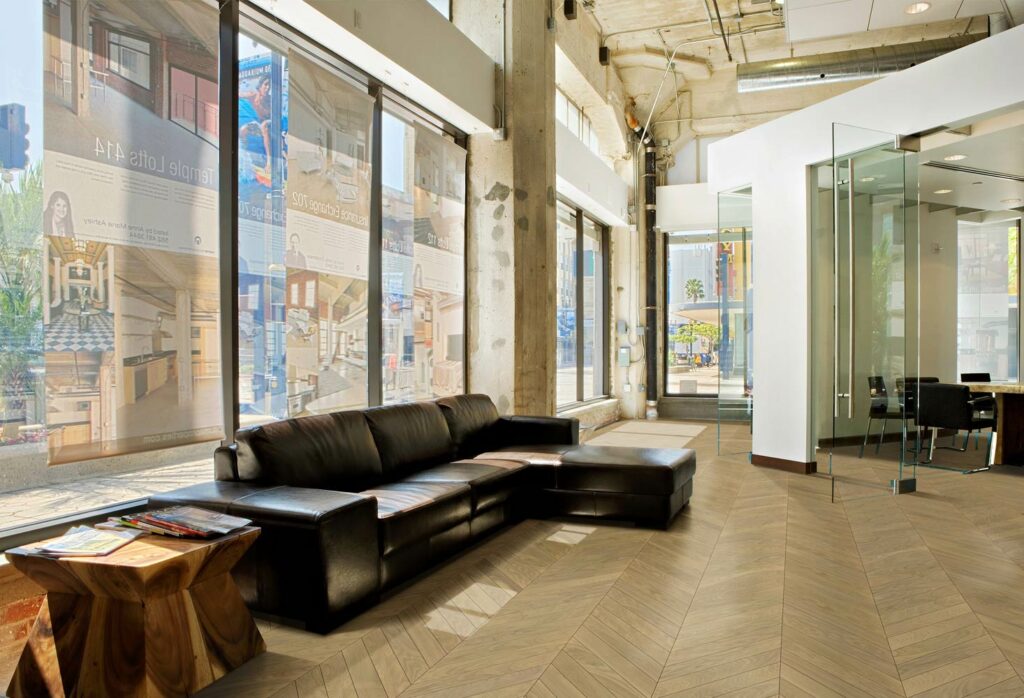 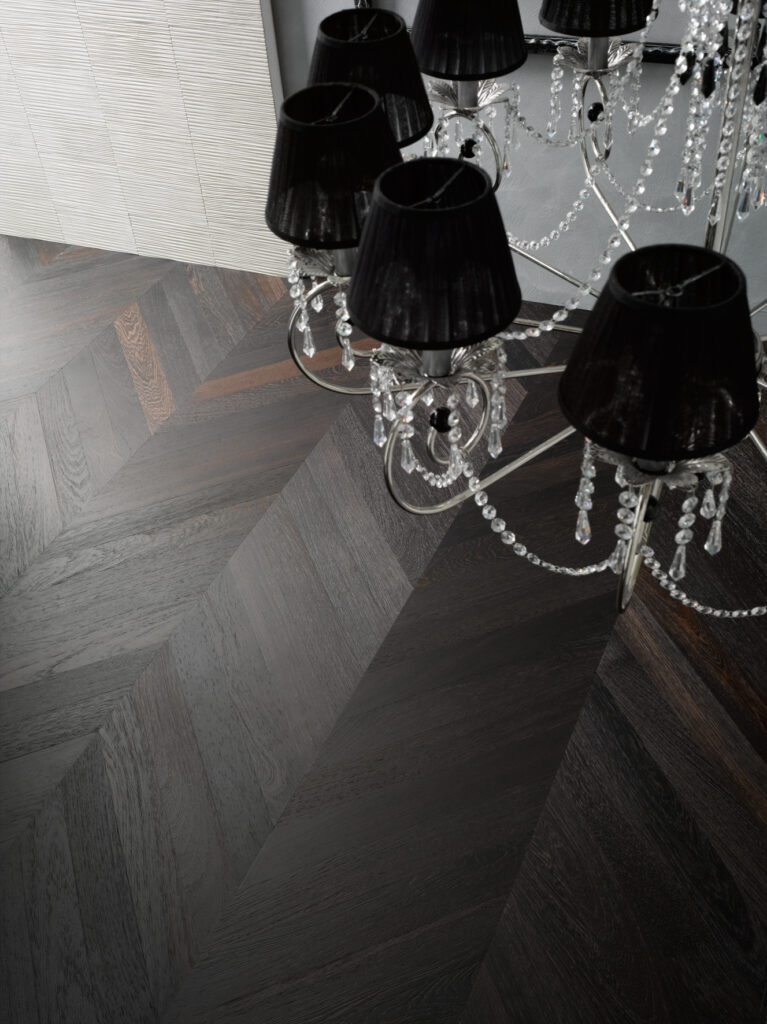 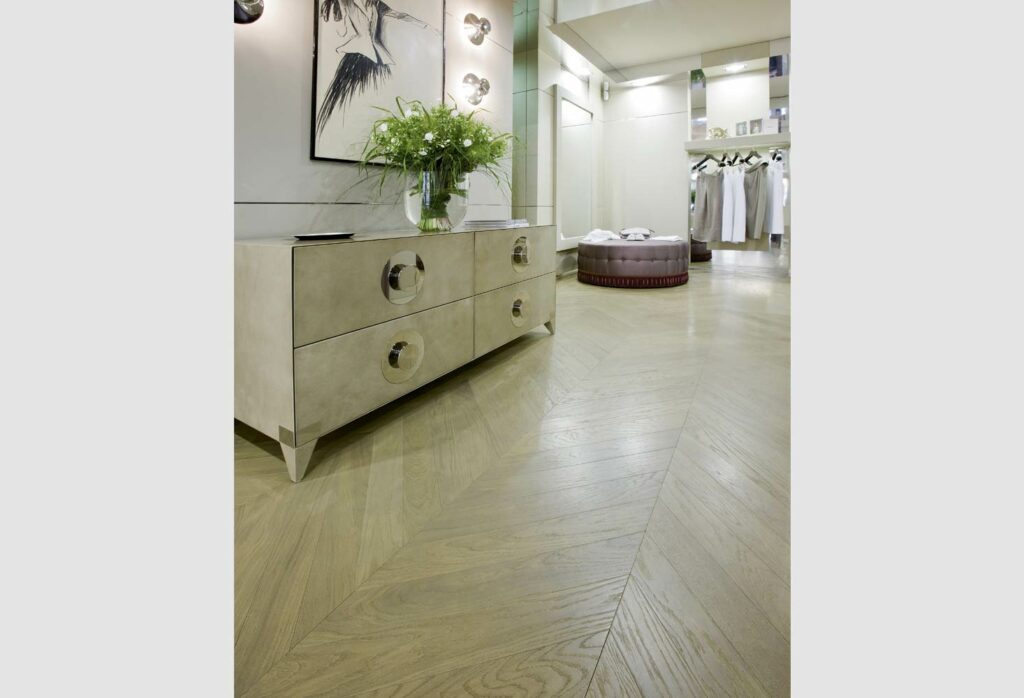